Social media has made LEGO very successful. LEGO, as a well-known household name believes that their success comes from understanding the market and improving marketing strategy over time. Furthermore, since they took their success to social media, their presence has been catapulted in which the business has seen growth like they have never seen before. With social media, their messages have always been customer-centric and focusing on customer digital experience as well as encouraging customer to contribute ideas to their platforms.

Little did many people know that more than 10 years ago, LEGO was almost at the brink of bankruptcy. The 84 year old Scandinavian company from Billund, Denmark had to survive from factory fires, World War II economic difficulties, and go through near-bankruptcy situation in 2004. The reason why they are successful today is because they have been resilient and stay relevant in the eyes of children and parents alike. And also with the much help of their social media marketing, content strategy, social media analytics and implementing best practices for social media branding.

LEGO understands that to stay relevant, they have to embrace social media to enable them to communicate closely with their customers through different media channels. Understanding what their customers want and need, what kind of products they like, and so on. LEGO also throws rewards to the community members who are able to bring new creative concept for their new products.

LEGO has more than 12 million fans (as per February 2018), and in 2015 they grew about 6% (that equals to 52,000 fans per month). LEGO publishes about 5 posts per week, each with specific intent. They are featuring their products associated with their contents (which highlights LEGO sets, creation, images, short movies, even stop motions of their action figures)

In introducing The Simpsons collection on Facebook as their social media tool, LEGO has been able to generate more than 100,000 organic interactions. They did not simply show a photo of the product set, but they included picture album where they display mini-figures in many different hilarious situations, video introduction, events, and so on – all to invite curiosity, interaction, sharing, and the like. It also helped that they directed the users to their website where they can purchase directly; also, created a contest where the winners can win the box set (all to gain brand awareness and new customers)

LEGO gained more than 100,000 followers in a year. They utilised Twitter’s real time marketing capabilities to tweet their Star Wars mini-figures standing in line to see the Force Awakens the day before its premiere. They used special hashtags to engage with Star Wars fans, and resulting in nearly 8,200 total interactions.

One of the best ways to interact using Twitter is to stimulate / be part of popular conversations (i.e. during Super Bowl, internet challenge, Star Wars movies, comic con events, etc.)

With Instagram, LEGO’s presence online has grown exponentially since 2014. Year to year, they increase more than 300% followers and received more than 80% interactions. As per Feb 2018, LEGO has 2.4 million followers. Despite most brands are using photos for the posts, LEGO use more videos (among 4,622 brands, 94% of all posts were pictures)

Instagram followers are so enthusiastic to follow LEGO’s account because it has been made in such a way that it looks like a high-end magazine (great pictures and videos with interesting story in the captions (Instagram allows up to 2,200 characters). LEGO’s top posts were Star Wars, Back To The Future, and Comic-Con Themed.

LEGO has massive YouTube channel, over 4 million subscribers (as per Feb 2018). LEGO created many content, almost one new story every day. The story is classified in different category such as superheroes, cities, languages, and so on. They received more than 1 billion views in 2015, gaining more than 500,000 new subscriber in half a year.

As marketers, it is important to understand how to interact with your audiences. In LEGO’s cases, the majority of LEGO’s posts were done in the form of photos (compared to links, videos, albums, status, others). Although more brands are moving towards creating video contents, LEGO has been more successful in using photos for engagements.

On average brands promoted 21% of their post. Especially during the special events and holiday seasons, brands must take advantage of such platform to strike conversation with their audience (as market analyst, one is advised to understand how much and how often competitors are spending). LEGO promoted 33-37% of their posts during holiday season. Not only that, LEGO knows how to strike interesting conversations, for instance: the white and gold and black and blue dress – they promoted this post, resulting 71,500+ interactions.

This site uses Akismet to reduce spam. Learn how your comment data is processed. 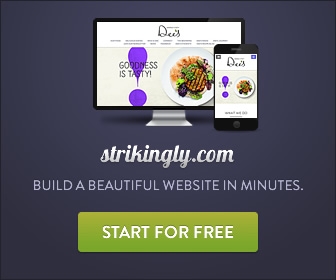 If you want to hire me or simply to have discussions about digital media, e-commerce, startups, financial services, marketing analytics, I’d be more than happy to talk with you over a cup of coffee!